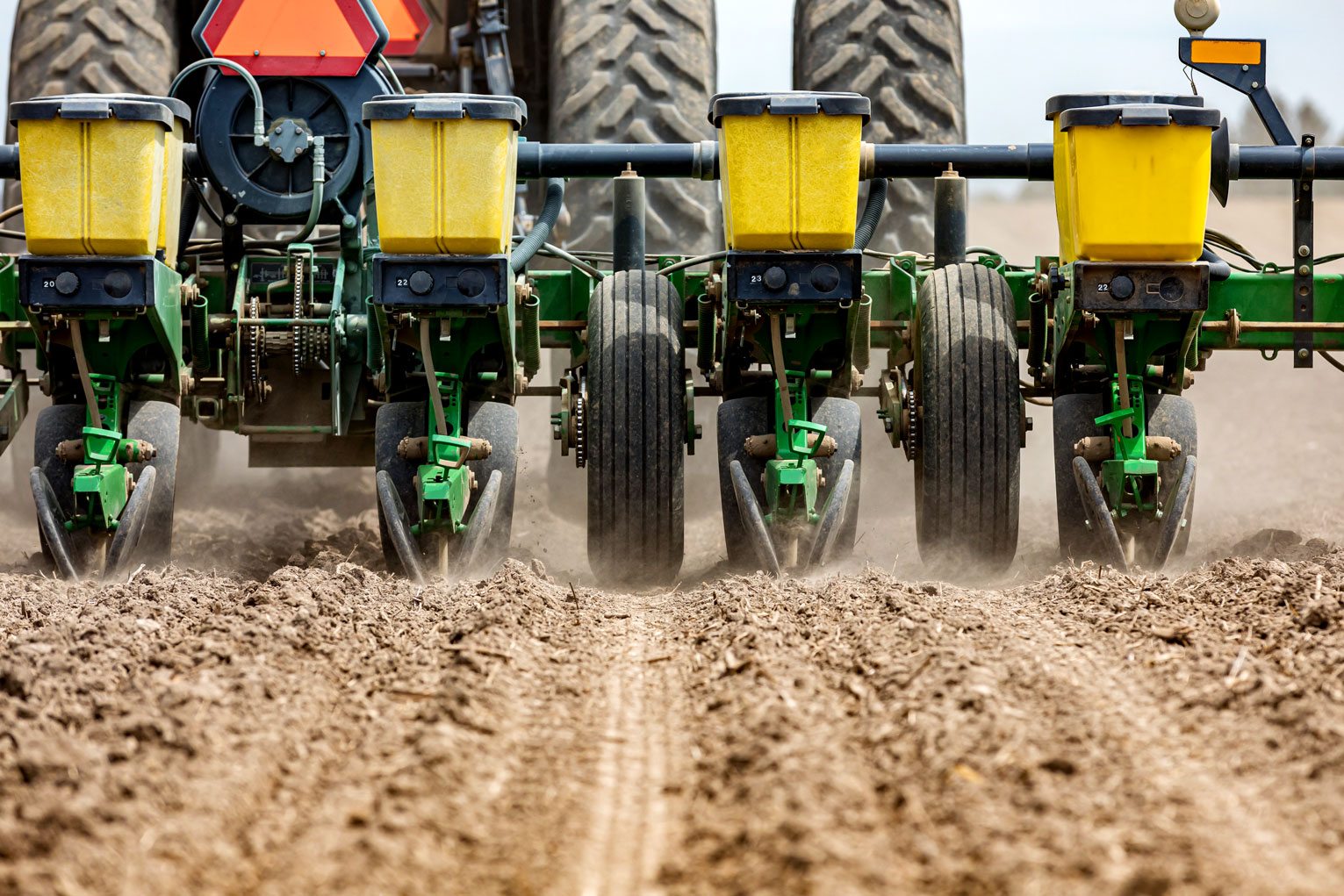 If you’re an organic farmer, what are the ideal organic planting dates?

Most conventional farmers are primed to plant early because it often maximizes yield potential. Seed treatments can protect against cooler soil temperatures and herbicides can deal with weeds.

But organic farmers have to tackle these problems with other means. We have to think about organic planting dates in a completely different way. Instead of shooting for the highest yield, we need to consider how to maximize profits. And that means balancing weed control with fertilizer and labor costs as efficiently as possible.

One simple way to make that possible? Plant later.

Aim for a quick emergence

While ideal planting dates vary by region and weather, we know that most conventional farmers in the Midwest start planting around mid to late April. We recommend organic farmers wait, and choose organic planting dates closer to the end of May.

Why? Because that’s when the soil and air temperatures will warm up, and most importantly, stay warm.

You can have perfect planting conditions in the beginning of May and still get cold spurts throughout the month. Your goal as an organic farmer is to get that crop out of the ground within 72 hours of planting and see it canopy within 2-3 weeks.

The benefit of a quick emergence and canopy is weed control. The longer it takes a crop to emerge, the more opportunity you give the weeds.

Planting later also helps reduce the odds of excessive moisture, which stimulates weed growth. Rain and higher soil moisture are often higher at the beginning of May than the end of the month.

As for the specific timing of when to plant, look at the long-range forecast for both rain and temperature. On our farm in Iowa, we like to see the soil temperature hit 60 degrees and be trending upward. That extra 10 degrees above the standard advice of 50 degrees helps the crop emerge much faster.

Finally, planting later helps avoid cross pollination. This shouldn’t be a huge concern for organic farms, as long as you have good buffers in place. And you should, because buffers also help prevent pesticide drift. Planting at different times than your conventional neighbors reduces the odds of cross pollination happening.

Won’t I miss out on higher yields?

Let’s cut to the chase.

You’re not going to see record-breaking yields by waiting later to plant. But trying to push yield limits in organic is a high-risk situation. And to put it bluntly, it usually doesn’t work in the farmer’s favor.

Think about what happens if you plant early in an attempt to maximize yields. The crop is going to emerge slowly. You’ll be rotary hoeing “blind.” You’ll have to deal with greater weed pressure. All of those factors combined make it very difficult to achieve the high yield potential. In a push for greater yields, you could actually end up reducing your yield.

This advice isn’t just based on anecdotal evidence. The data we collected from organic farmers in the MyFarm platform shows a correlation between planting later and higher organic yields. Based on our data, planting around May 20-25 has consistently resulted in above average organic yields.*

Understand that the tradeoff to higher yield is sustainable profitability. Lowering your yield expectations to a more realistic goal will help with weed control and labor costs.

Remember, with organic price premiums, you don’t need to grow the highest yields. You can be more profitable growing 180-bushel organic corn than pushing for 240. Plus, consistently good yields will benefit your crop insurance APH (and that’s better than early planting failures pulling your APH down).

What if the conditions are too dry?

This Spring, many areas received less-than-ideal moisture levels. We experienced this on our farm in Iowa, too.

In regions like ours where this is more of a “once in 20 years” occurrence, I don’t think farmers should be too concerned about it. But in areas where dry conditions occur more often, it’s crucial to think about tillage timing and cover cropping. How can you balance those two to keep soil moisture long enough for the crops to germinate?

You may want to do a light, half-inch deep tillage pass in late May. That will take the top off of weeds without drying out the soil moisture 2 inches down where the seed will be planted.

My field’s not looking good. Should I replant?

There are two ways to evaluate replanting.

The first is the same as conventional: stand counts. Crop insurance will cover this. The payout is usually based on an estimated yield loss multiplied by the spring grain price.

The second evaluation is based on weeds. This one crop insurance won’t cover. But on our farm, we find it’s worth it to pay for replanting ourselves if the weeds are too bad.

Just this year we made the mistake of planting too early and ended up replanting it because the weed pressure was so high. We just knew we weren’t going to be able to get in front of it. And so we made the decision to invest in the future of the field.

On our farm, we’d rather have fewer weeds than fewer plants. Personal experience has taught us that weeds will be a greater detriment than a lower stand. So we’re okay with losing some plants from being more aggressive with weed control. To offset those losses, we increase the planting population about 5-10% (usually closer to 5%).

Increasing seed count also helps offset the risk of low germination. However, organic seed today is of such high quality that it’s not a big concern on our farm.

But our philosophy on weed control isn’t universal. For those who don’t feel comfortable losing plants from weed control or don’t want to increase seed populations, push your planting back later. The later your organic planting dates, the faster the crop will get going, and the easier it will be to stay ahead of the weeds.

Get guidance on all aspects of organic production

Adjusting your organic planting dates is just one of the changes farmers have to make when they move to organic production. With AgriSecure, you don’t have to figure this out on your own. Contact us today for a free consultation on how we can guide you from that first transition planting to harvesting your first certified organic crop.

* Yield averages are based upon AgriSecure member field data and results.