Organic Transition Provides “Peace of Mind” and an Edge 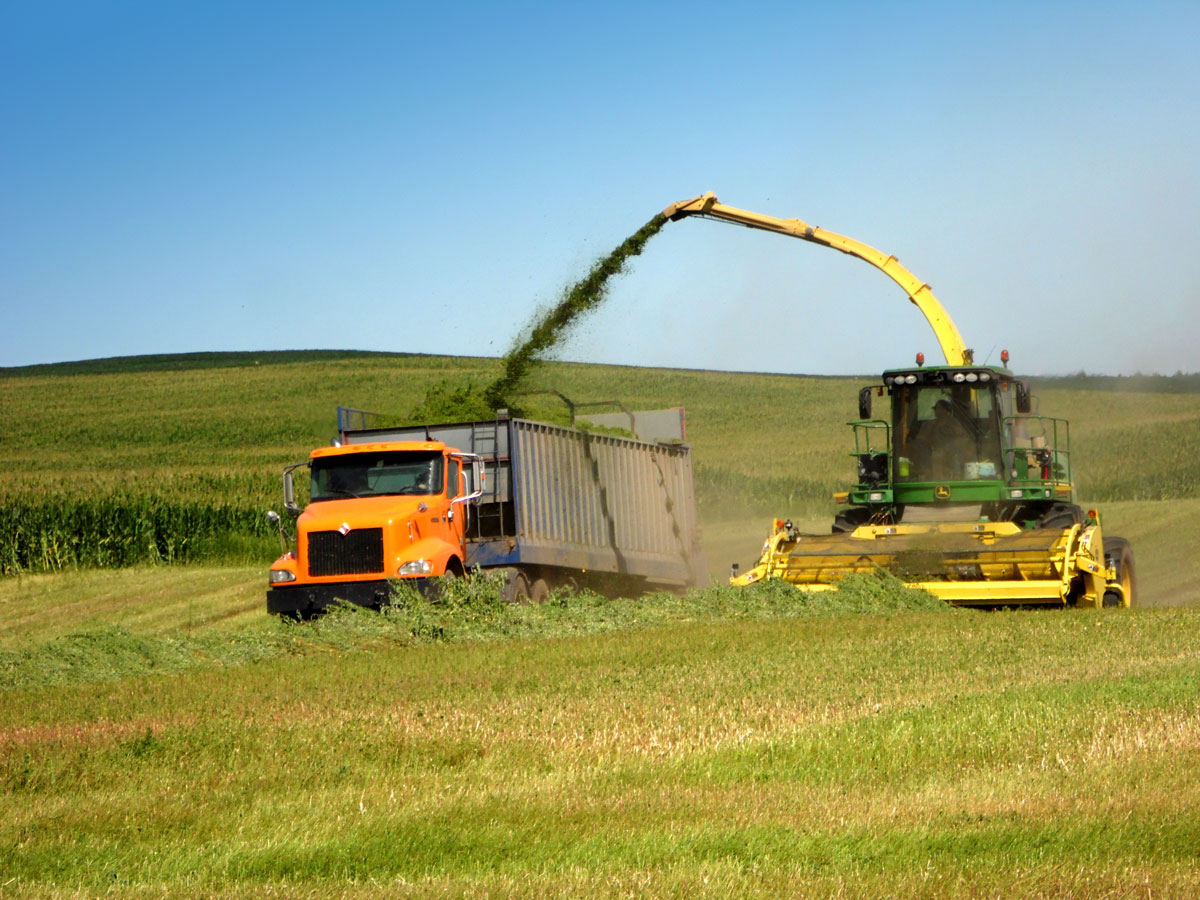 Not so long ago, Todd Grohs realized he had a problem.

He was doing the budget for his 5,000-acre farm in Wessington Spring, S.D., and the numbers didn’t look good.

“I said, ‘I’ve got an option here. If I stay doing what I’m doing, in three to four years I’ll have all of my equity burned up. I’ll be done farming,’” he recalls. “Or I can make changes in my operation to be more profitable.”

Todd had recently heard some organic farmers speak at a meeting hosted by his bank and he became intrigued. He had looked into growing non-GMO, more wheat, anything that could change his operation. But nothing jumped out for him like organics.

“Organics gave me the best opportunity for the most reward for my risk,” he says.

The power of a partnership

Todd had full confidence he could handle the crop production side of organics on his own. Still, he wanted a partner. He looked for experts to guide him along the way with many aspects of organic transition, especially the certification process.

“My belief on my operation is that I do not need to know everything,” he says. “I need to make partnerships with people who are experts in certain fields.”

He had recently joined Farmers Business Network (FBN) and asked if they could recommend anyone to help him. His inquiry led to a meeting with AgriSecure. After a couple conversations and a farm visit by AgriSecure’s account executive, he was ready to move forward. Todd believed organics was not only was the right decision for his operation, but that he had found the right partner to make it happen.

Todd’s organic transition so far has gone well. He first learned that he had unknowingly been transitioning to the practice when he started growing alfalfa on his farm five years ago, which helped speed up the process. 2019 was his first year growing certified organic corn.

While there is a lot more field work involved with organics because of weed management, Todd didn’t feel it was too much of a challenge compared to conventional crop production. AgriSecure provided guidance on the equipment he needed. They also outlined the tasks he needed to do and when he needed to do them. This made a big difference in helping him get it all figured out.

AgriSecure also supported him with sourcing inputs, which saved him significant time.

“If I have a question I can call AgriSecure and they have an answer,” Todd says. “It’s better than doing a month of research to figure out where to find fertilizer, who to it through.”

Their knowledge of the market also helped him secure some contracts he doesn’t think he would have gotten without their help. “If you try to do everything yourself, there are opportunities that you lose out on.”

Partnering for peace of mind

But the biggest benefit Todd has experienced from working with AgriSecure is the ease of completing the certification paperwork. He knows he wouldn’t have done as well without them.

“Partnering with AgriSecure gave me peace of mind. I’ve got somebody helping me get all my paperwork in and I know it’s right,” he says. “I could do it myself, but nothing would be worse than if I get so busy farming I don’t fill out the paperwork correctly and my crop doesn’t get certified. I wasn’t willing to take that risk.”

Todd knows one farmer who is trying to make the organic transition on his own and says he’s just “in a pile of paperwork.” As a result, he did not get certified as quickly as he had planned.

It’s why he advises other farmers considering the practice to partner with AgriSecure.

“I recommend AgriSecure 110% because they let me focus on farming. I don’t have to worry so much about certification. We work together to make sure my paperwork is correct and that the certifier is notified on time,” he says. “I think they’re worth the money because they make sure I make it happen.”

Todd’s first two seasons growing organics confirmed he’d made the right move for his operation. Last year’s organic corn yields were comparable to conventional. He expects them to be even better this year thanks to more favorable weather conditions.

In addition to strong yields, he’s seeing strong demand. That’s why he plans to transition 90% of his farm and currently has 3,000 acres that are either organic or in transition.

“The demand for organics is increasing  every day,” he says. “My goal is to find that product or market that the end user wants and will pay a premium for, and that’s where organic is.”

Throughout the COVID-19 pandemic, the organic market has remained robust. While prices have fallen a little bit, the organic market is staying stronger than the commodities market. Todd believes it will only continue as more people make grocery shopping decisions based on where their food comes from and how it’s raised.

The premiums aren’t the only benefit, though. One of the key reasons he wanted to get into organics is because it gives him a competitive edge over other farmers. It’s something he’s hoping he can leverage into a brand that will create even higher demand and premiums.

“When you sell No. 2 yellow corn, it’s just No. 2 yellow corn, nobody cares who raised it,” he explains. “I think in the organic market I could label it Grohs’ Farms Corn. If I can establish a good reputation for it there will be a premium to buy corn from my operation.”

Looking to the future

Todd has five kids, and he wants to keep the farm profitable in case any of them decides to come back and run the business. Now that he’s transitioned to organics, he says he doesn’t think he would be as excited for his kids to return if he were still farming traditionally.

With conventional farming, “we’re just a mass factory out there, all doing the same thing,” he says. “That’s not where I want my operation to be.”

If you want to differentiate your operation and think organics could be the right fit for you, we’re here to help. Contact us for a free consultation today.