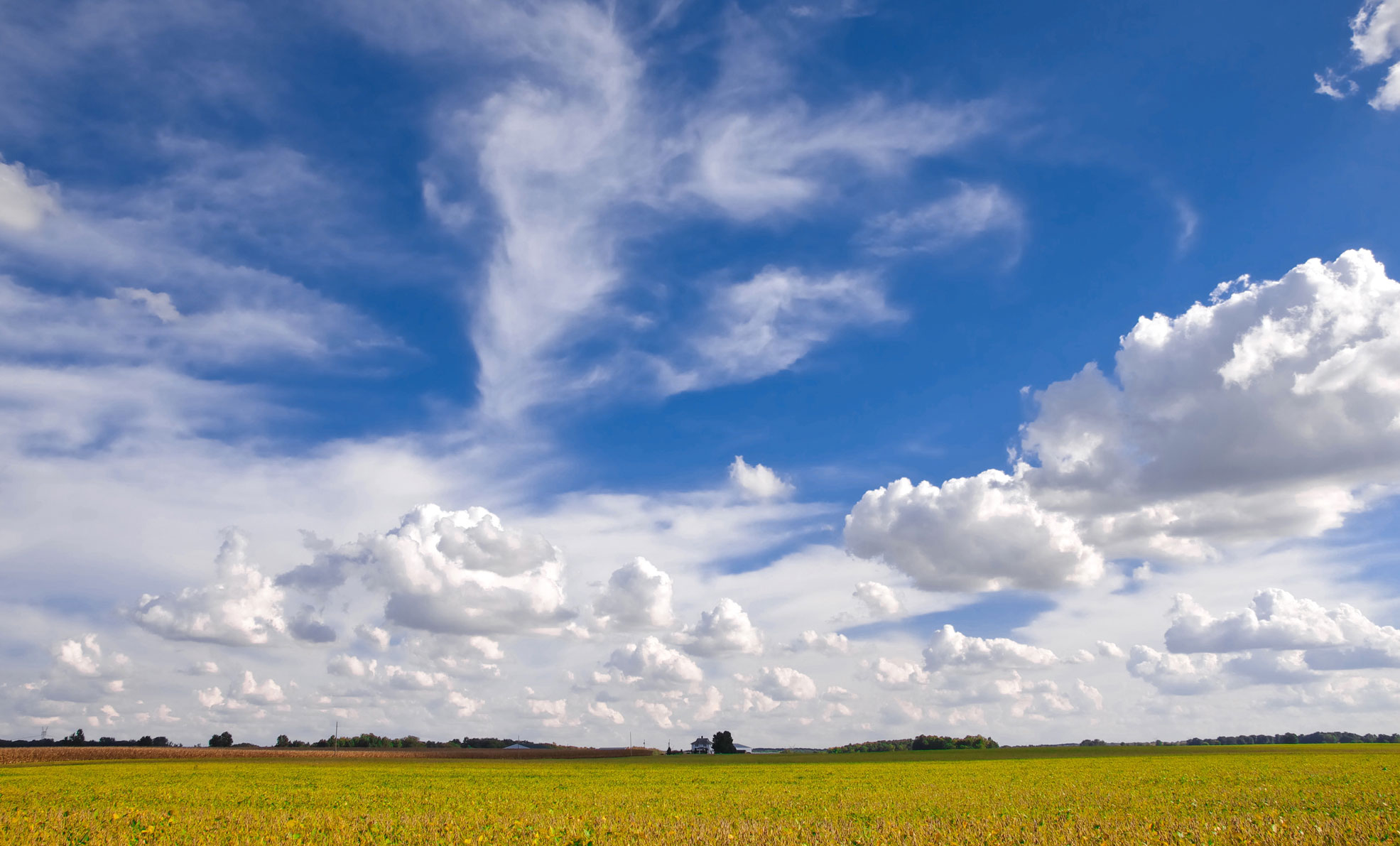 Growing up in a rural community and working on family members’ farms, Nick Casey always wanted his own operation. But it seemed almost impossible to get into farming without being grandfathered in. Especially in central Illinois, where farms are typically 2,000 to 4,000 acres in size.

“I didn’t have the cash to buy a farm that went up for sale,” he says.

That was, until he considered organic row crop farming.

Getting started with organic farming

While working at a school, Nick heard a student talking about her father’s organic farm. It sparked his interest and, after meeting with the father, he decided to pursue organics on his own 10 acres of land.

Nick was able to become an organic farmer right away. He’d purchased those 10 acres in 2014 and had only planted food plots on them for wildlife. So by the time he decided to start farming in 2018, he’d already completed the transition period.

(FYI: There are six ways you can “skip” or shorten the transition process. Click here to learn whether you have hidden organic acres.)

Nick used a utility tractor and some implements to prepare the land, while a farmer he had previously helped out volunteered to plant Nick’s first organic crop of white corn. He purchased an old combine that fall to harvest the crop.

He also worked with a certification company to get certified, but it was not an encouraging experience. They sent the paperwork he needed to file, but he struggled to figure out what was needed and required.

That same fall, he attended the Farm Progress Show, where he met AgriSecure account executive Kenn Jenkins. He visited with Kenn a couple more times after Farm Progress and made a decision. He wanted to become a member of the AgriSecure network.

“I looked at it dollar for dollar and saw I’d be getting three or four times the services for the same amount of money I was getting just for certification,” he says.

Those additional services are a big reason Nick’s decided to switch to AgriSecure. And he’s never regretted it.

The certification company he’d worked with provided zero information about organic farming. And while he appreciated the guidance from the other organic farmer he knew, everything changed after he joined up with AgriSecure.

He not only benefited from the expert advice of his account executive (who runs his own organic farm), he had instant access to a team of seasoned professionals plus the wider organic community. If he had questions about using chicken litter or buying organic seed, he knew he was just a phone call away from an answer based on firsthand experience.

When he joined AgriSecure, however, Kenn introduced him to a whole network of people. Several of them had started small but were able to steadily expand organic acres over time.

“He would help me with organic fertilizer, help me with trying to find seed,” Nick says. “Every time I call him, he either answers or calls me back within a reasonable amount of time. We converse quite a bit about the different scenarios and he gives us information to help us keep going.”

Nick’s also impressed with the educational content provided by AgriSecure. He’s attended three or four webinars so far and says the information is always valuable. In particular, AgriSecure has helped him learn how to better manage weeds, which is his biggest obstacle. From reading about what has worked for other farmers to recommendations from Kenn on tine weeding and rotary hoeing, Nick continues to improve.

“You learn something every year, but every year we’ve gotten better at weed control, and Kenn has been a major part of that,” he says.

Greater support and smoother processes take the stress out of certification

AgriSecure also proved more valuable when it came to the certification process. Especially with the MyFarm software.

Despite working with a certification company the first time around, Nick was alone when the inspector came for the site visit. He had to dig through a folder of paper and printed documents to try to find what the inspector wanted.

His experience as an AgriSecure member was the complete opposite. Kenn was present and had his computer at the ready. If the inspector asked for a document, Kenn could pull it up on MyFarm and send it to the inspector’s email right there. Kenn also helped answer any questions that were out of Nick’s scope.

“The certification process with Kenn present was less stressful because I had someone backing me up,” Nick says. “That was a tremendous advantage.”

Kenn also helps Nick keep his MyFarm account up-to-date. He’ll send texts and offer help with inputting information. Whenever Kenn makes updates for Nick, he’ll share his screen with him to show exactly how he does it.

“It’s another training session on how to get that information entered in a timely fashion,” he says.

With AgriSecure’s assistance, Nick has expanded his organic acres with confidence. After starting with just 10 acres in 2018, he’s now up to 130. Forty of those acres are certified organic, and he’s currently growing food-grade soybeans on them. The other 90 are in their final year of transition, split into 55 acres of soybeans and 35 acres of corn. By 2022, he’ll be 100% organic. With three sons who’d like to be involved one day, Nick’s goal is to grow the operation and run it together as a family farm.

He knows that without organics, that goal would have been next to impossible.

Nick says there’s “no chance” he could have done this with conventional crops. “Organic was our way to generate enough resources every year, we could expand organic acres some because we were profitable.”

He encourages anyone who wants to be a farmer but doesn’t have the cash to buy a larger farm to explore organics. “The margins are a lot better and give you a better chance for profit,” he says.

He also encourages aspiring organic farmers to consider teaming up with AgriSecure, no matter the size of their holding. He notes that as your operation gets bigger, the cost-per-acre really starts to drop.

Whether you’re exploring how to expand organic acres or you’d like to scale up your row crop operations, AgriSecure can help. From a smooth certification process to expert management advice, we’ve helped farmers with all kinds of operations successfully become organic. Interested in organics? Schedule a free consultation with AgriSecure today.