Intercropping for Profit and Weed Management 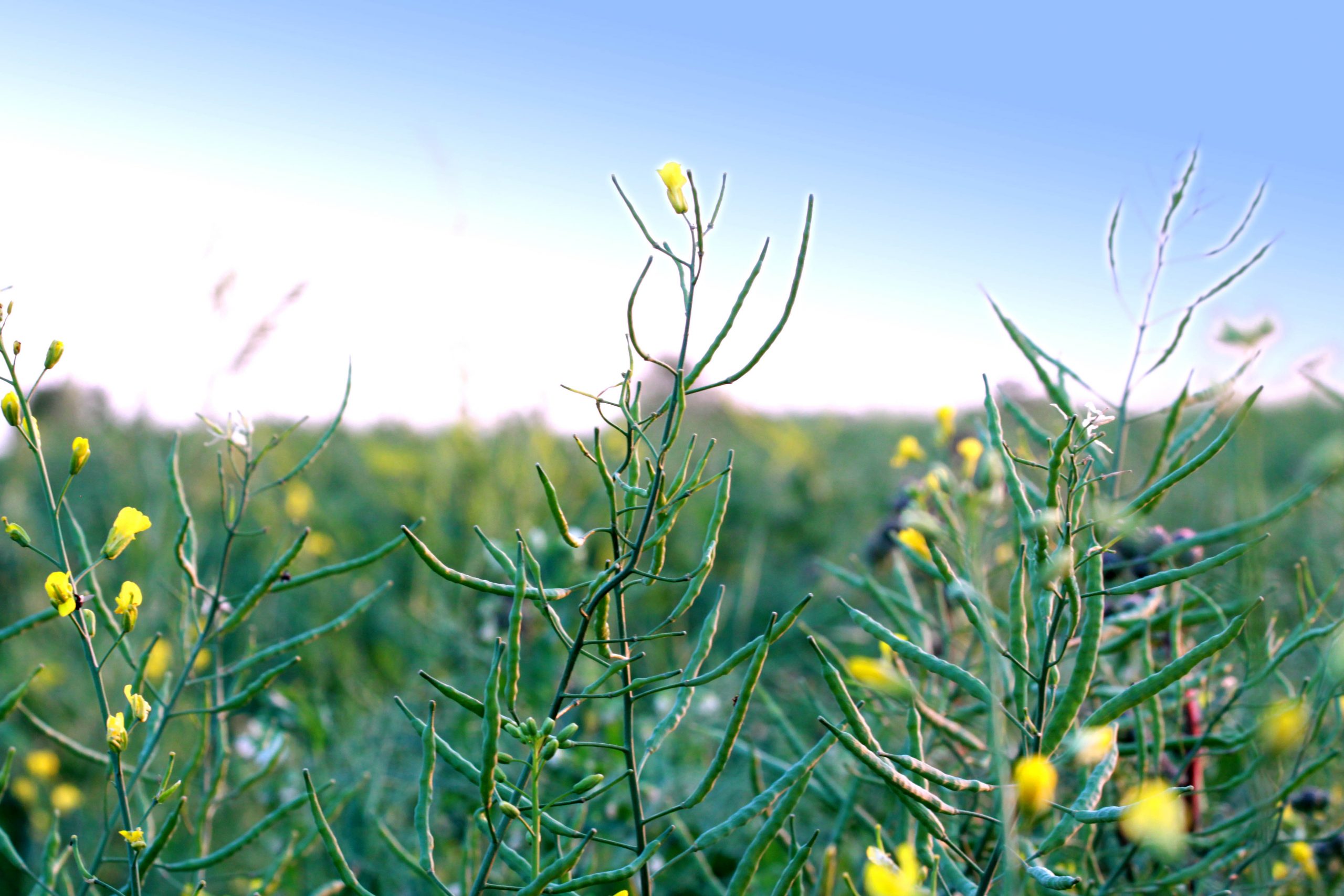 Organic row crops can be sold for high premiums. And as an organic farmer, successfully controlling weeds is often central to achieving the highest level of profitability. Enter intercropping for profit and weed management!

Intercropping allows you to grow at least one high-value organic crop, such as yellow field peas, while effectively suppressing weeds and delivering agronomic benefits for the following crop year. It enables you to avoid tillage for weed control, too, which is a consideration if you’re worried about soil erosion. And there’s another bonus. You won’t have the labor crunches that can occur when cultivation overlaps with your organic corn and organic soybean crops.

On B&B Irlbeck Farms, we trialed yellow field peas intercropped with canola on ten acres in Manning, Iowa. Using a double-disc opener on 7.5 inches, we put canola seed through the alfalfa seeder and peas through the drill at the same time. We seeded canola at the recommended rate of 3.5 pounds, while peas were seeded at 380,000 seeds per acre. We also did a few strips of peas and canola alone, to see how they compared to intercropping.

Pros: Peas and canola cultivated together they stood well. When grown by themselves, they fell flat to the ground. This resulted in a big mat of biomass that we could barely walk through, effectively keeping weed pressure low. It also required less tillage, with only one to two passes prior to planting.

Cons: Given the learning curve with intercropping, we strongly suggest that you start small. You’re more likely to have difficulties on land with a history of weeds and in low-lying areas that contain water.

In addition, canola and yellow soybeans transfer moisture when harvested. So if they site in a bin together, they’ll likely harden up and create large blocks of seed if not separated immediately. As a result, we needed extra capacity to separate at harvest. Cleaning can also be a labor-intensive task if a good process has not been established. Finally, it’s important to understand you’ll need a pickup head, swather, and grain cleaner for best results. This is especially true with peas and canola, but often times for small grains and other intercrops, too. It’s important to factor in equipment costs.

The canola yielded 20 bushels per acre and the yellow field peas yielded 30 bushels/acre. At organic prices of $17 and $15 per bushel, respectively, this resulted in $790 of revenue per acre. Expenses totaled $513.00. They included field conditioning (April and July), plus drilling and seed, harvesting, trucking, seed cleaning, rent, insurance, and other miscellaneous items. The result was a net profit of $277 per acre. That’s intercropping for profit and weed management!

Rhea Brothers Farm intercropped yellow field peas with oats on 27 acres in northeast Nebraska. They seeded oats around 1.25 bushels/ acre and the peas at a rate of 250,000 seeds per acre.

Pros: The combination of yellow field peas and oats provided excellent weed control. While the peas alone had a hard time shading out weeds, the two crops successfully suppressed weeds when grown together. The combination harvested in July also allowed for a good cover crop to follow before rotating to corn the next year.

Cons: It’s important to separate the two crops after harvesting, but they won’t harden up like peas and canola. This means you can store them in the bin and clean them later, if needed. One caution, though: the market for organic oats can be hit or miss. Prices can be lower, around $3.00 – $5.50 per bushel, depending on quality.

We believe the outcome we achieved intercropping for profit and weed management could be even better! We conducted our trial on marginal, sloping ground, and we planted the crops late due to a wet spring. Under better soil and planting conditions, we’re confident an even greater return per acre could be achieved.

Key takeaways – and what we changed with our 2020 crop

Our trials established that intercropping can offer a good economic return along with a number of additional agronomic benefits. Still, as organic farmers who are continually learning, we knew we could make changes that would provide even greater success with the next crop. So, here’s what we tried:

On B&B Irlbeck Farms, we determined last year’s seeding rate of 380,000 for yellow field peas was too high. We dropped it to 160,000 this year, only to discover the lower rate was too low. Next year, we’ll seed somewhere in between these high and low rates. Rhea Brothers Farm is also experimenting with the seeding rates for oats and yellow field peas. They plan to drop it to less than a bushel for oats and less than 200,000 for peas.

Our trials demonstrated the importance of minimizing complexity. We quickly discovered that separating the yellow field peas and canola was a labor intensive task that required five people: one combining, one driving the grain cart, one driving the semi, and two cleaning the crops into separate bins. So, for 2020, we developed a different process. We unloaded a semi into a new grain cleaner that automatically separates the crops. This year, only one person handled the cleaning process and they completed it in a matter of hours.

As with any organic production, planning is key. It’s not always straightforward to source the seed and inoculum, and it’s important to match the maturity of the two crops so they’re ready for harvest at the same time. Be realistic about how long it’s going to take to get the crops seeded, too. Be forewarned, you may need to go over them twice. On B&B Irlbeck Farms, we plan to drill twice in a crosshatch pattern next year. This will provide a better outlay of seeds for weed control.

Our final thoughts on intercropping

It’s important to make decisions based on the numbers, and not on your emotions or gut feelings. We highly recommend starting small. It’s also necessary to accept it’ll probably take 2-3 years to learn how to intercrop at the highest level of success. Once you’ve mastered it, you’ll be intercropping for profit and weed management, too!

But if you enjoy pushing the boundaries of your operation, try intercropping. And if you’re eager to learn how to benefit your bottom line while reducing some tasks, try intercropping. It’s a new opportunity to raise high-value crops that might not do as well on their own.

If intercropping interests you, go for it! And, of course, we’d be happy to offer guidance. We can provide our firsthand advice on the best ways to get started. Contact AgriSecure today for a free consultation.