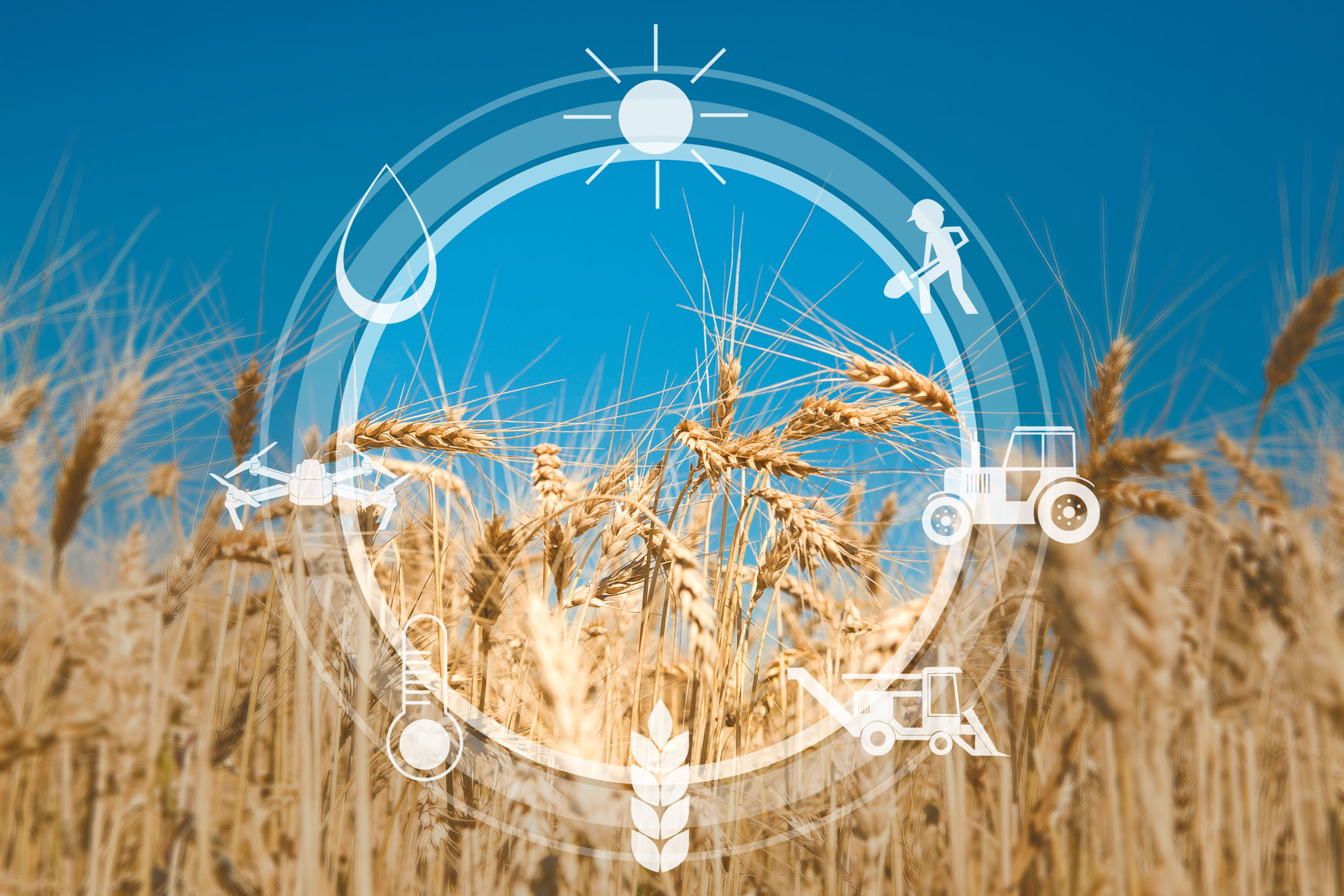 Organic farmers know the best defense against weeds is to play offense. You need a game plan that keeps weeds from going to seed and emerging. Enter robotic farming.

Two of the key practices currently used for weed prevention are cover crops and tillage. A good cover crop stand can suppress weeds while improving soil health, further keeping weeds at bay. And tillage terminates weeds right on the spot.

But the challenge with these two strategies is timing. Most farmers have to wait until after harvest to seed cover crops, which can result in a weaker stand. And tillage is only a viable option before the crop gets too tall.

One emerging solution to these challenges? Robots. Small, lightweight robots that can travel down the rows throughout the season, no matter the crop size.

A leading company working on such solutions is EarthSense. We talked with the startup’s CEO and co-founder Chinmay Soman about EarthSense’s innovations and how they can help organic farmers tackle these two challenges—and do it at a low cost.

Based in Champaign, Ill., EarthSense was founded in 2016 with the vision to create affordable and scalable robots for row crop farmers.

It started with a discussion between Chinmay and co-founder and CTO Girish Chowdhary. They recognized that emergent technologies of robotics and artificial intelligence (A.I.) would be important tools for farmers. So they talked to a few hundred farmers and agronomists across the Midwest to learn how these technologies could help them.

That’s when they discovered a need for collecting data underneath the crop canopy.

“One of the agronomists we spoke with actually said, ‘If you could only make your drone fly underneath the crop canopy, that would get me the data I need,’” Chinmay recalls.

That spurred the idea for a lightweight, sophisticated robot that can run between the rows collecting imagery data. They also needed A.I. to analyze the imagery and indicate what was happening in different parts of the field.

Killing weeds before they take root with robotic farming

Since launching the company 5 years ago, EarthSense continues to come across farming challenges they can solve with robotics. Weeds are a top one.

“One of the things we’re seeing with increasing urgency is how these herbicide-resistant superweeds are really starting to hurt the bottom line,” Chinmay says. “That really motivated us to deeply think about how the weed germination and weed growth process works.”

Over the past couple of years, they’ve tested a new prototype by adding a simple weeding mechanism to their existing data-collection robot. With a small team of 3 or 4 robots, organic farmers could cover a field every 2 or 3 days and control the weeds as soon as they’re germinating.

“At that stage, they’re really easy to terminate,” Chinmay says. “But once they take hold, even if it’s a couple of weeks old, it sends down roots and you’re stuck trying to kill weeds with pretty expensive methods.”

With an increasing interest in sustainable and regenerative practices, EarthSense also started seeing a demand for new cover crop seeding methods. This was especially the case in the upper Midwest, where the weather is often too cold for a cover crop to establish after harvest.

The solution is to interseed the cover crop into the cash crop, so it can start growing before harvest.

There are options already available on the market, but each has its own drawbacks. Aerial seeding with an airplane or helicopter may not result in a uniform stand, as the seed can blow or catch in the cash crop. Highboy seeders have better seed-to-soil contact but may be cost prohibitive. Chinmay says cost was the primary issue they heard from farmers about interseeding.

That prompted Earthsense to make a low cost interseeding robot, with the ability to carry 50-60 pounds of seed.

“We’re focusing on making the cover crop planting cost a lot less. Half of what it currently costs,” Chinmay says. “And making it possible to plant well before the end of the season.”

Robotic farming as a service

Based on the feedback EarthSense has received, they plan to deploy robotic farming as a custom service, where farmers pay a per-acre fee. They’ve started the process of exploring potential business partnerships with co-ops and ag retailers that could run the robots.

But for farms that are interested in owning their own fleet, Chinmay says that will also be an option. EarthSense has created a simple, well-designed tablet application so that the robots are easy to operate.

How can robotic farming help your organic operation?

EarthSense is still in the field testing stage. That means now is the best time to let the company know what you want and help influence product development.

AgriSecure plans to team up with EarthSense in 2021 to test some of their robots. This will help us stay on top of trends so we can help our Members identify new best practices and emerging technologies.

“At this point, the more we hear from growers, the better we can take the next steps to make sure that our robotic farming products are suitable for them,” Chinmay says. “Guidance from farmers has been our secret to success. We would love to continue that.”

If you have some ideas on how robotics can help your organic operation, you can contact EarthSense through their website or email Chinmay directly at chinmay@earthsense.co.

Unfortunately, organic farmers can’t wait for robots to tackle their weed woes. If you’re struggling with weeds or getting your cover crop seeded, AgriSecure can help. We’ll help devise a plan that works with the tools you have to keep your fields clean and productive.

Reach out to us today for a free consultation.